Lesson 8 – At a famous landmark 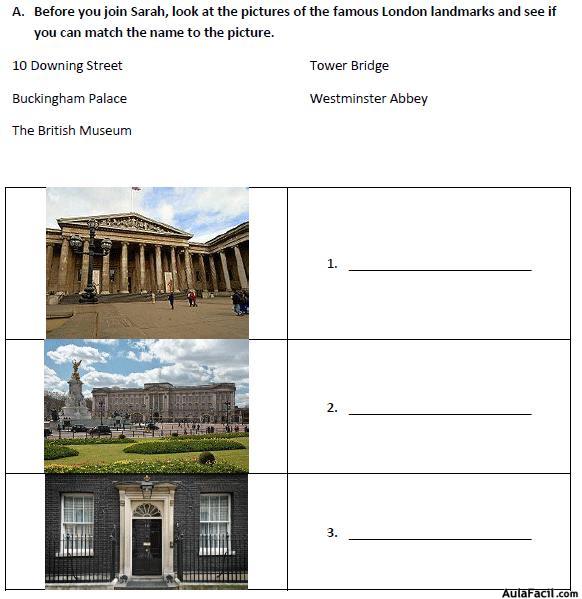 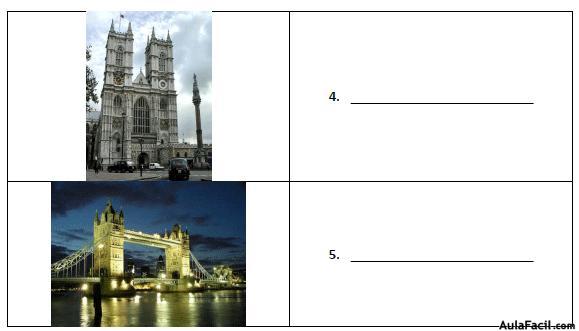 3.- At the famous landmarks

Listen to a tour guide describe some of the attractions above (arriba).  Which attraction is she describing?

1.   This is one of the most famous churches in London.  Over the west door, you can see statues of 20th century martyrs.  It is famous because it is the traditional place where British Kings and Queens are crowned.  In April 2011, Prince William married Catherine Middleton in this church.   It is a good place for children and adults to visit.

2.   Number 10, as it is known, looks like a house with a black front door, but it is famous because it is the home of the Prime minster and his political party.  The building is more than 300 years old, and in the building there are approximately 100 rooms.  On one of the floors, there are bedrooms and a kitchen.  The rest of the rooms are offices.  The general public cannot enter the building but you can stand outside.   Children love to visit this sight because they like to see where the prime minster lives.

3.   This building is a museum dedicated to history and culture.  The building has a Greek façade which makes the building look extremely grand and important.  The museum has roughly 8 million works.  The most famous collections include the Elgin Marbles from the Parthenon in Greece, and the Rosetta stone.  I like this museum because it is free.  I try to go here twice a year.

B.  Now read the audio scripts and answer the questions.

1. When did Prince William and Catherine get married?

3. What are the majority of rooms at 10 Downing Street?

4. What type of museum is the British Museum?

5.  How much does it cost to get into the British Museum?

4.- Sarah gets a little lost and so asks a stranger for some help. 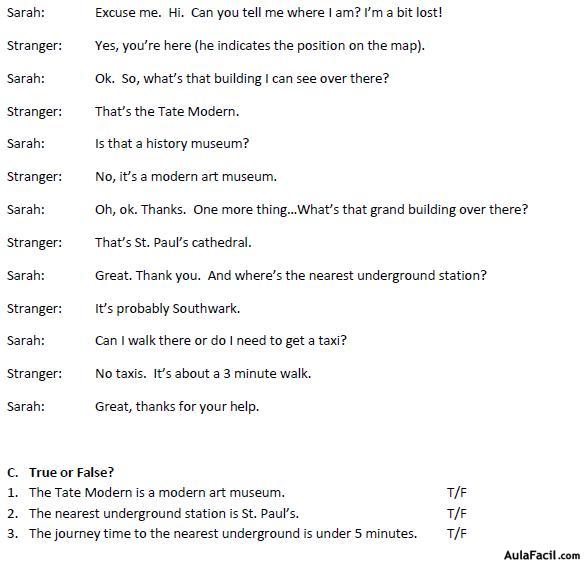 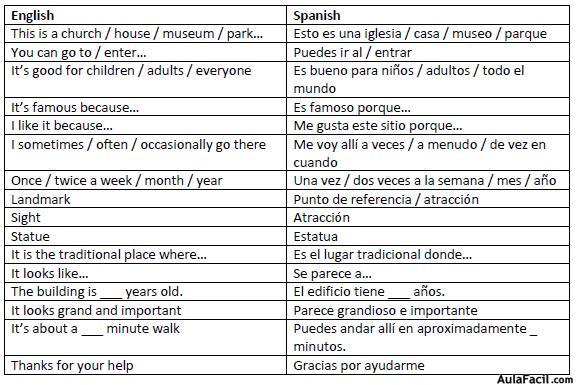 D. Describe three attractions in your area using the words from the Language Bank. 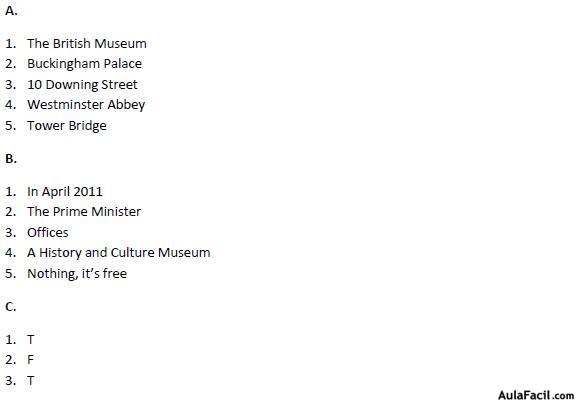