Aim:  What are the four ways Japanese people write their language?

Katakana came along about 1000 years after Hiragana.  Katakana was originally developed by religious monks in an effort to create a short hand form of writing Chinese characters.  However, it was later used to distinguish words of foreign origin.  like the word computer or bus borrowed from English.  At the time, it was important to the nobility to preserve the purity and “heritage” of the Japanese language by writing words considered to be non-Japanese in a distinctive manner.like the word computer from English).distinguish words for foreign names and objects (ike  the wer or n form.  Katakana was deve

Today, modern Japanese frequently combines the use of all three writing systems in a sentence. Hiragana and Katakana – phonetically express Japanese – are learned from the first grade starting with 80 Chinese characters.

Following the influx of foreign traders in Japan, the use of the Romanized alphabet to express Japanese phonetic sounds was introduced as a way to facilitate communication with foreign people who were unable to read Hiragana, Katakana and Kanji.  These alphabetic characters are referred to as Romaji.  We will be using Romaji throughout each lesson to introduce the pronunciation of Japanese words.

1)    Hiragana – Are symbols that represent the phonetic sounds of words that are considered Japanese in origin.

Hiragana have a rounded appearance as follows:

2)    Katakana –Are symbols that represent, non-Japanese or foreign words or Names like “computer”, “football”, “James”, “Motorola”, or “Salt Lake City”.

Katakana have a more linear appearance as follows:

4)    Romaji – Are the Roman alphabets used to represent the phonetic sounds of Japanese words.  Developed for people who cannot read Japanese.

In the first 15 lessons, we will mainly focus more on the introduction of new vocabulary, hiragana, and katakana. In later lessons we will gradually introduce Kanji (Chinese characters).

2.    Q: Which writing system below is Katakana – used to express foreign words?

A:   a. A type of Italian food that is popular in Japan?

c. A neighborhood in Tokyo?

Overview of the 50 sounds of Hiragana 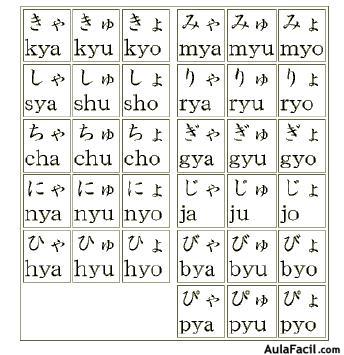 Overview of the 50 sounds of Katakana 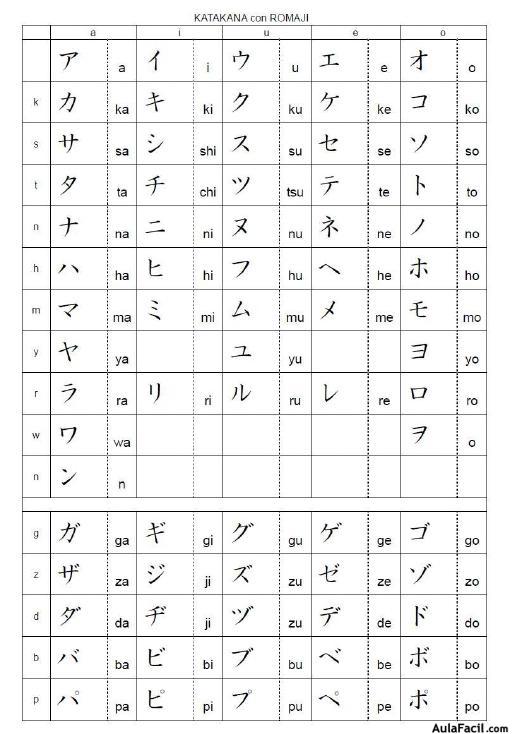