A. Complete each sentence with one of the words or phrases given. 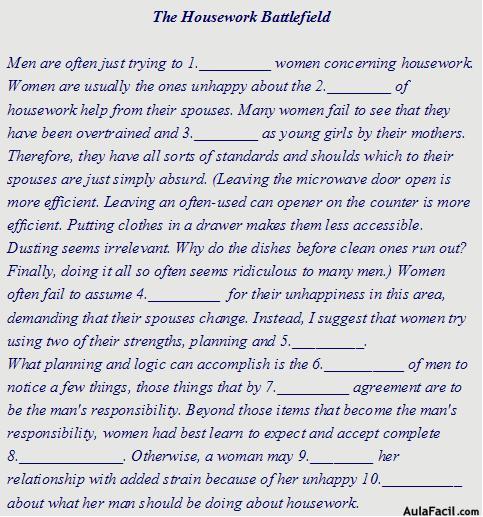 A. Listen to the news-reporter:

Rising stress at work is causing increasing numbers of young professionals to grind their teeth while they sleep. Dentists report higher numbers of people in their 20s and 30s showing the symptoms of grinding which include headaches, painful teeth, an aching jaw or neck and ringing ears.

Other problems include broken fillings and worn down teeth but many sufferers do not realise what is causing them.

"It is certainly increasing and one of the things you can put that down to is increased stress at work and in life in general. Certainly a lot of people in their 20s and 30s are showing signs of worn down teeth whereas traditionally that wouldn't be noticeable until they were in middle age. "A lot of people as well as grinding at night tend to clench their teeth during the day when they are concentrating and doing something with their hands. In the past it was generally more women who were affected with symptoms but now with a lot more people using keyboards that isn't the case and overall stress in the muscles during the day is building up.

"Once teeth are worn it can make a terrific noise like a circular saw and very often the first people know is if a spouse says something. In some cases you can really see great chunks ground out of teeth at a relatively early age."

Being made aware of daytime teeth clenching may be enough to help some people stop it but people who grind their teeth at night may have to wear plastic guards to stop their teeth rubbing together or have dental work done to give them a more balanced bite.

One sufferer is Verity Williams, 30, who works as an account handler for a London-based advertising agency.

"I get jaw ache and headaches in my temples but the dentist said the only way to stop doing it is wearing a brace at night which sounds revolting. I have done it since I was a child but it does get worse when I'm stressed.

"Several people I know do it because it does come up in conversation occasionally."

A British Dental Association spokeswoman, Jacinta Yeo, who has a practice in Harley Street , said: "In society life is faster and for some people they can find that stressful. If you tend to grind, stress will make your grinding worse. Some people say there is a genetic component, others say it is to do with the way the teeth meet but there's no question that stress makes it worse.

"I find that a lot of people who work in city jobs will tend to be grinders and a lot of them will tend to be young. Over the past 10 years I have seen more of it and I think it is on the increase because of the pace of life."

Stephen Palmer, director of the Centre for Stress Management, said there were a wide range of symptoms of stress.

B. Answer the following questions: