In this lesson, we are going to look at what it is like to be rich and famous.

Look at the following question and think about how you would answer these questions.

Before listening to your teacher answer the above questions, try to learn the following items of vocabulary.

3.1.- Now listen to your teacher respond to the previous questions (exercise 2) and note down her answers. 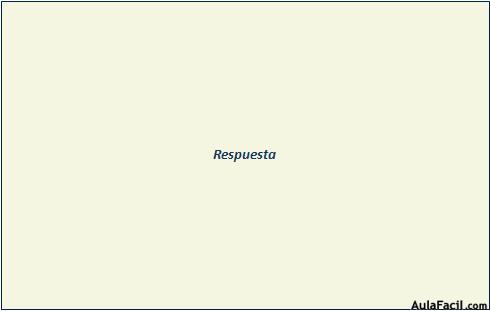 4.1.- Look at the tapescript and pick out any useful words or expressions which you could use to help you answer the questions. 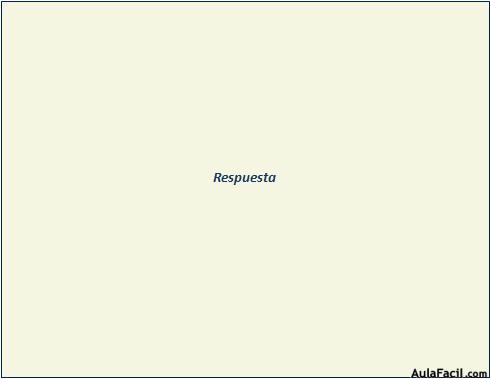 1. When I was younger I dreamed of being famous. Having the paparazzi follow your every move and having people of all ages admire you – to me seemed the perfect dream. However, nowadays I don’t like the idea. In fact, I hate the idea. I would hate to have my every move recorded and photographed. I would not have a private life and I think that would be awful. I don’t know how celebrities cope.

2. The positive things about being famous…let me think. Well, I guess money is definitely high up there. You have so much money that you can do whatever you want with it. I guess it’s like winning the lottery. However on the other hand, fame is not often long lived, so you could be famous for a couple of years and get used to a certain life style and then have it all taken away from you. When this happens, you have to adjust your life accordingly and I think this is when a lot of celebrities find themselves in debt as they have got used to extravagant lifestyles. Another negative point is that you don’t have a lot of privacy. You are always being watched. A bit scary I think.

3. I’d definitely buy a lovely house near the beach in Spain. I’m not sure which part of Spain but somewhere where there aren’t a lot of tourists just lots of lovely Spanish people, restaurants and bars.

4. This is a difficult question. I’m sure that famous people get hundreds of letters each year asking for them to donate money to different charities. So, the difficult comes in deciding which charity to support. I would definitely give money to charity but I would have a tough job deciding on the best charity to help.

4.3.- Now, it’s your turn to answer the above questions. Remember to stress the important words in each sentence and ensure that with each sentence, your intonation ends on a fall.

5.1.- Listen for a first time and see if any of them mention any of the points you talked about in 4.3.

5.2.- Before listening to the celebrities again, I would like you to revise the following verbs: 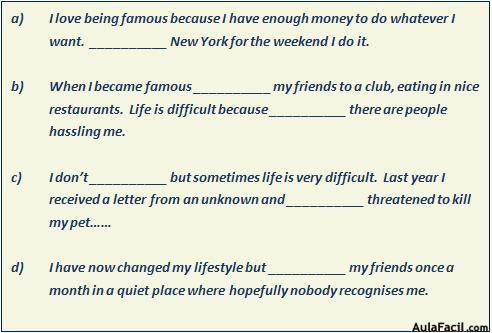 5.4.- Look at the tapescript. Identify if the 8 previously taught verbs are followed by an infinitive or by a gerund. Complete the table.

2. When I became famous I had to give up going out with my friends to a club, eating in nice restaurants. Life is difficult because everywhere I go there are people hassling me. Sometimes I pretend to be someone else and wear different clothes and a hat. It’s quite sad, isn’t it?

3. I don’t regret becoming famous but sometimes life is very difficult. Last year I received a letter from an unknown and in the letter the person threatened to kill my pet dog if I didn’t give him or her tickets to my latest exhibition. Some people are crazy!

4. When I first became famous I tried to keep my life exactly the same as it was before and carry on going to my local gym with my friends and walking my dog in the park. But then things became difficult as my friends started getting annoyed with all the attention other people gave me. I have now changed my lifestyle but I always attempt to meet up with my friends once a month in a quiet place where hopefully nobody recognises me.

Some verbs, when followed by another verb, can either go in the infinitive of the gerund. Look at the example:

Here are some verbs that are followed by the infinitive:

Here are some verbs that are followed by the gerund:

If you do not understand the meaning of some of the words, please look them up in a dictionary.

Complete the text with the gerund or infinitive form of the verbs in brackets. 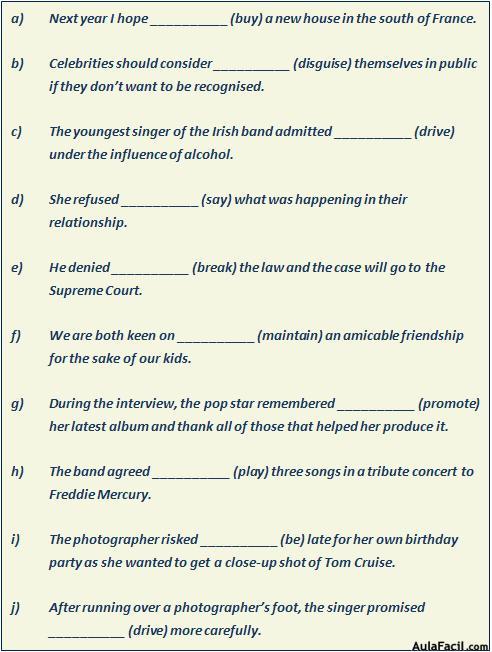 Now you have heard some celebrities talk about how fame has changed their lives. Answer the following questions in as much detail as possible.